We acknowledge that Westmount School resides on Treaty 6 territory, a traditional meeting grounds, gathering place, and travelling route to the Cree, Saulteaux, Blackfoot, Métis, Dene, and Nakota Sioux. We acknowledge that we meet as a school community in ward Anirniq (ᐊᓂᕐᓂᖅ) which means ‘Breath of Life,’ or spirit. We acknowledge this community both past and present, as the Camsell Hospital still stands as a symbol of death, not healing for many.

We acknowledge the caretakers of the land, the First Nations, Métis and Inuit, and those who share and contribute to the land, the four-legged, two-legged, fin, feathered, crawlers, trees, plants, water, sun, and moon.

This reading is an acknowledgement of the historical relationship between Indigenous and non-Indigenous communities on Turtle Island, and is a call to action to walk together towards reconciliation.

The construction of Westmount School, Edmonton's first junior high school, started in 1913 and officially opened to students in 1915. Built of bricks, the original two-storey building with a central tower and smaller towers over each wing was designed by George Turner. The facade features a crenellated roof-line with crest embellishments and stone carvings including wolves' heads flanking the front entrance. Inside the main entrance, there is oak panelling, terrazzo flooring, and oak doors inset with lead glass windows. Edmonton Public Schools' archivist calls it one of the best examples of the Edwardian Gothic style of architecture.

Since the opening of Westmount School in 1915, under Principal John Scoffield, Westmount has served as an elementary, junior, and senior high school. Tragedy struck in 1918 when the influenza epidemic closed the school down from October to January and the building was used as a relief centre.

In 1970, Westmount School became organized exclusively for junior high students. A year later a modern-style addition was completed on the west side of the school containing more classrooms and a new gymnasium. A later renovation in 2000 added a dedicated music room, art room, foods lab, sewing lab, and construction lab to the basement. In 2018 Westmount improved again with a science lab, physical education office, renovated change rooms, and gender-neutral washrooms.

2013 was the 100th Anniversary of the construction of Westmount School.  A celebration was held at the school on Saturday, October 5, 2013.  Former students, staff, and community members joined us for a very special day. Westmount School is one of 111 buildings on Edmonton's "A" register of historic resources. 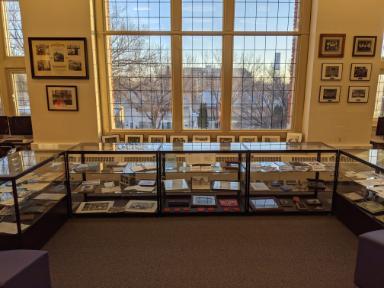 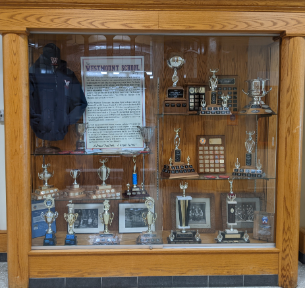